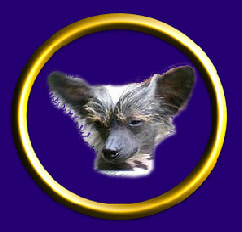 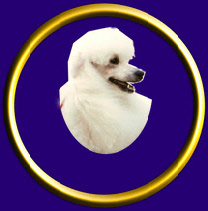 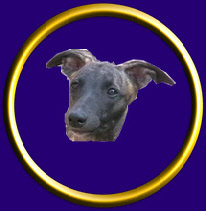 Wizz.
My love of the beautiful Chinese Crested Dog began in about 1969 when I sat at ringside cuddling the “divine” Staround Inca.

I was showing Whippets at the time. In fact, Whippets were my only breed for many years. I was a FANATIC! and  I had lots of fun showing both here in the U.K. and in Canada.

I am proud to have bred Champion Whippets in about six countries, including that elusive British Champion. His name was CHAMPION MISPICKEL MAZURKA OF ZARCREST.

The top winning Whippet in Canada, for several years was bred by MISPICKEL, as were her Father and her Mother, and it was in Canada that my first Crested arrived. This was BELTANE BUFFPUFF.  However, shortly after this, I had to return to the U.K.- sadly dogless.

The dogless state did not last long, and very soon a White Miniature Poodle arrived, then a Black Min. Closely followed by the Whippet, CHATWIG SILVER CHIMES FOR MISPICKEL, and, at last, my first Hairless Chinese Crested, SHUMLLEA SCINTILLATION FOR MISPICKEL. Sadly her line was not perpetuated.

Sadness welcomed in the new year 2010, for my beloved Thistle had developed Kidney failure just before Christmas, and after a brave fight left this world on Saturday 2nd .January, 11.10 a.m.

My life will never be the same. My grief is immeasurable. 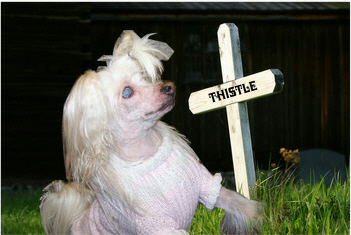 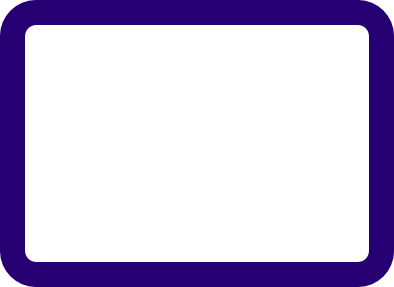 I had been watching the progress of a litter on the internet. I was very taken with one puppy in particular, and eventually decided that she had to be mine, so on Saturday 3rd.May, little

Not to replace Thistle, but to lesson the grief, and it has worked, for Dizzy is amazing. Happy, outgoing, and full of fun, she is just what the Doctor ordered. 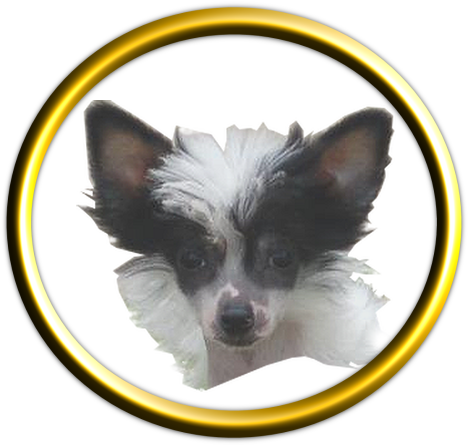 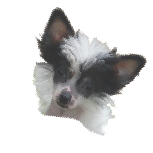